The idea targets a City in Flux, identifying opportunities of intervention which enhance the public realm and animate space (1. Space).

The proposition defines a neighbourhood by stimulating cultural activity with a ‘RIOT’ of interventions which build in intensity and scale to transform an area.  Over thirty sites of ‘occupation’ are targeted to make the environment engaging and stimulating to residents, students, visitors and workers. A critical mass of sustained activity over time will encourage un-solicited participation through copycat action and entrepreneurial innovation.

This transformational guerrilla campaign will be given curatorial shape to ensure quality and cohesion.

The territory is under-utilised: vacated land under-developed but adjacent to the commercial centre. The idea proposes a strong culture-led identity for the area so that this becomes embedded in future development and influences any forthcoming large scale, top down initiative.  The activities define a culture not to be ignored but to be nurtured, listening to native voices and stimulating local entrepreneurial innovation. The activity breaks down the area’s negative psychology and establishes mental and physical connections with surrounding neighbourhoods and the commercial centre. It proposes a locally-led, collaborative model for development that engages participants of all ages as active producers of their immediate environment. This links thematically to the area’s heritage of industrial production through the 19th and 20th centuries, characterised by collaborative worker-led processes of the mills, factories, workshops and breweries.

Mimicking trade zones and enterprise zones, the area would benefit from special planning and policy relaxations to stimulate activity and occupation. The project team will broker temporary occupation licences, protecting landowners’ benefits but a preventing their stagnation of land through inactivity.  The territory would become a recognised area of immediate intervention – RAII

A key exemplar project is a temporary theatre located on land allocated to the proposed New Generation Transport scheme . The land allocated currently lies sterile and unused. The theatre would provide a stage for cultural charities working in adjacent deprived neighbourhoods bringing dance, music and performance from the community into the city centre.

The context of your idea

South Bank Leeds (Yorkshire), an area of proposed city expansion includes the site for the future High Speed Rail Two (HS2) transport interchange and a city scale park. The area has a number of heritage buildings a rich industrial past. andthe legacy of previous infrastructure solutions.

The co-ordination of mass activity within a specific area and timeframe challenges existing modes of practice.  We will explore how the master plan might be developed into that of a concept, managed /curated with on-going relationships to place-making, , defining space, public use and participatory involvement. Through this continuous activity we will identify sites for pragmatic adaptation/appropriation creating interventions that challenges boundaries of political engagement and aesthetic perfection.

Nurturing independent activity to create fringe cultural, artistic and innovative economic activity will sustain an active common ground resulting in a positive psychology and safer streets. The sustained activity will make the area accessible to individuals of all ages giving them an opportunity to build their city by placing participatory activity at the heart of the project.

‘The City must be formed from the culture of its residents; otherwise the city will begin to form its residents and become a tool that works against them.’

Identified groups impacted by and engaged in the realisation of this idea;

We will reach the identified groups through our existing and extensive network resulting from our collaborative cultural partnership. Pilot catalyst projects will announce an alternative approach; making a noise, resonating with co-conspirators and collaborators. 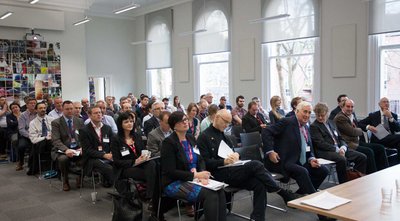