How to Build the Homes and Communities Britain Needs

Britain needs a revolution in the scale, quality and funding of home building to meet the housing needs of our growing and changing population.

Over the next 20 years the population in England is predicted to grow by eight million, to just over 61 million and by 2032 our life expectancy is predicted to increase by four years, yet the number of new homes being built every year is close to the lowest level for sixty years.(Source: The Kings Fund – future trends report)

The Future Homes Commission report (2012), ‘How to build the Homes and Communities Britain needs’ provides revolutionary answers to solving the crisis.  The RIBA conference in York, set out to establish how the industry could meet the challenge and raise the quality of life in our communities, a resonant argument in a region which has the smallest amount of new homes in Britain(RIBA Case for Space research 2012).

Sir John Banham, Chair of the Commission, challenged the industry including local authorities; ‘to not waste a good Crisis… we know what to do, how to do it and can afford it!’

The number of new homes built every year needs to treble to around 300,000.  It isn’t unreasonable to expect a 50% increase in new homes to be provided by the open market but Britain’s housing need cannot be met by private house builders alone. The Commission has identified a social revolution with 150,000 affordable and privately financed homes for rent and shared ownership every year for a generation.

Local authorities have the planning powers and often the land to kick-start a major programme of building of affordable and energy-efficient homes for rent and shared-ownership. The incentives are there with some two million families on council waiting lists for affordable homes and annual expenditure of over £20 billion receiving housing benefit. Trebling the number of new homes built every year for the next two decades would add at least three percentage points to annual GDP growth and provide significant environmental benefits with average energy bills reduced by as much as 75% compared to a typical new-build home(Prince of Wales’ Foundation).

Separating development of homes for rent and shared ownership from market housing would benefit both sectors: market housing would not be compromised by the need to accommodate a percentage of ‘affordable’ homes; while towns and villages would have the number of new accessible homes they need.

The new homes-for-rent and shared-equity developments could be sold on to institutional investors to generate significant returns.  UK institutional investment funds are under-exposed to residential property in comparison to other European economies; the Netherlands has the best pension fund system in Europe, with half its property assets in housing.  The Commission identified a potential funding stream of £220 billion with 40 to 50 billion available now, to kick start the revolution from four sources but primarily from local authority pension funds.

Kevin McGeough, Homes and Communities Agency, championed the requirement for a collaborative approach, with local authorities, to identify land opportunities and develop strategic master plans if the industry is to provide the large scale development required in order to provide the numbers of houses needed. Sustainable ‘place-making’ at scale should be comprehensively planned and strategically led to deliver an agreed vision to create distinct places, not just numbers of houses.

‘We can either condemn ourselves to haphazard urban sprawl – the surest way to damage the countryside. We can cram ever more people into existing settlements, concreting over gardens and parks or we can build places people want to live. Places which draw on the best of British architecture and design, which have their own identity and character.’Nick Clegg, deputy Prime Minister

Large sale development requires the involvement of those with long-term interests in a place such as, local authorities, landowners, pension companies, registered providers, and the people who live there. Public sector orchestration of large scale initiatives could provide development-ready opportunities, allowing for multiple private sector partners. This approach would help secure both quality and speed of delivery which influences value but also ensures variety. As a country we have a significant legacy from which to learn.  We can build upon what we know works but need to work in collaborative rather than isolated ways.

Barry McCullough, Levitt Bernstein, demonstrated how such a collaborative, partnered approach between the local authority and the developer for Bermondsey Spa ensured that quality ran through the development from the first principles of urban strategy to the negotiation of the S106.  This was supported by Andrew Matthews, Proctor Matthews, who spoke of creating context specific master plans which were neighbourly extensions to existing conurbations.  He described his practice’s approach through several schemes demonstrating the importance of understanding how people live in order to create desirable homes with an emphasis on quality. Quality was not a dialogue based upon aesthetics but about value and the desirability of potential occupiers and neighbouring communities, to counter their opposition to new housing development.

Only one in four people would consider buying a new build home and 29% consider new housing as poor (The Way We Live Now RIBA, 2012). If the industry is to provide a significant increase in housing we need to shift the public perception of new build houses.  The construction industry must talk to the public more about good practice in new homes, and share information about quality, and how they compare positively with older homes, to attract buyers currently suspicious of new build.

The Future Homes Commission strategy would diversify the supply of housing, providing greater opportunities for developers such as CITU and IGLOO to influence housing design and help develop a more consumer responsive market, shifting the balance away from the mass house builders.

Chris Thompson of CITU said consumers’ wanted, space, light, considered and inspirational design as well as certainty of cost in use.  As a developer they are committed to disrupting the market by providing a differentiated product where the consumer is informed and can make value judgements for themselves. Providing accessible, consistent and recognisable data about the efficiency of homes would empower consumers and move their decision basis away from location and the number of bedrooms they need. The current system of valuation is a force for conservatism which restricts innovation and design development. John Long of IGLOO similarly set out a mission to defy convention and to establish their own market and values.  Their Green Street development in Nottingham provided the broader choice of homes that the council felt the neighbourhood required in an, ‘impossible area’ of the city.  Their success at marketing  - what makes the properties great and worth it - demonstrated a £50 a month saving on running costs, ‘what would you do with £50?’ meant that sales defied the market.  Properties sold off plan to owner-occupiers and achieved values of fifty thousand more than equivalent period properties, achieving profit targets and justifying the additional cost required to deliver a quality product.

Nigel Ingram of the Joseph Rowntree Trust acknowledged the role of ‘pioneers’ to influence the market. The Trust has three stated aims; to identify the root causes of poverty; to support resilient communities and places; and to respond positively to the challenges of an ageing society. These aims are delivered through funded research, shared knowledge and demonstration through the building of prototypes.  Their experience often demonstrates a divergence between design and as built performance.  If we are to influence the practises of mainstream house builders we need to be able to demonstrate replicable models that achieve the performance criteria they claim.

The industry is saturated with information on how our homes should perform, Passive House, AEBC Silver, EPC ratings, Building Regulations as wells as the Code for Sustainable Homes, Lifetime Homes and Private Space Standards.  Current standards are confusing, overlapping and sometimes contradictory.  They are useful tools designed to protect and help the consumer, but they are applied in different places in different ways and are difficult to understand.

Alex Ely of Mae Architects; in the practice’s work to update the London Design Housing Guide, consolidates this thinking -  to establish a best practice benchmark to be embedded into planning policy cutting out duplication and conflict.  The guide sets out a minimum requirement but is not restrictive.  The practice’s work in housing demonstrates how these principles can be applied without constraining the ingenuity of the architects in creating desirable places to live. Meeting the challenges of providing future homes and communities requires a macro to micro approach resolving issues of appropriately sized efficient homes in well planned and considered urban environments.

To achieve the numbers of quality homes and communities Britain needs there is a necessity for a collaborative approach inclusive of consumers, local authorities, land owners, developers and house builders. This requires a shift in language to communicate the challenges and benefits effectively.  There needs to be consistent factual information, greater transparency and better dissemination of research to enable joined up thinking amongst all players.  The speakers demonstrated that the industry has the ability and expertise to design and deliver this but to achieve the quantities of homes without loss of quality will require leadership, creativity and fresh thinking. Each discipline needs to take responsibility for their action and not wait for others to make the first move. 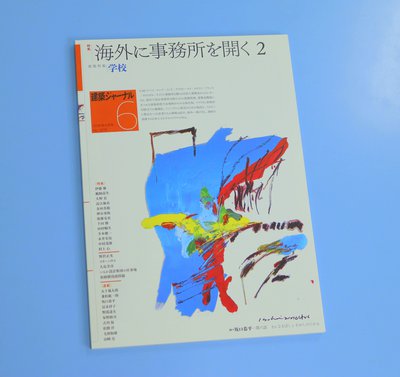